'But Spyderco only produces pocket knives right?' Nothing could be further from the truth! Shortly after its establishment in 1978 the American company owned by Sal Glesser started producing kitchen knives, which it did until 2005. After a disagreement with the Japanese manufacturer Spyderco decided to stop producing these knives, but ever since 2014 they are back. And we can honestly say that they are better than ever.

The current collection of kitchen knives is also produced in the Japanese knife capital of Seki. The chef's knife and the large utility knife are enhanced with a VG-10 blade and a handle made from Corian. This is a solid, non-porous sheet material comprised of acrylic and natural minerals. The main advantage is that it practically doesn't wear out and thus retains its natural shine for a long time. This gives the knife a remarkably luxurious look and feel. The robust silver-coloured rivets complete the whole.

The other kitchen knives, amongst which an exceptionally long bread knife, two paring knives (with and without serrations), a utility knife with SpyderEdge and a small turning knife, have a MBS-26 steel blade. The handle is comprised of polypropylene - an extremely sustainable type of plastic - which is directly cast around the tang of the blade. Due to the lack of space between the handle material and the steel bacteria cannot settle in the knife. 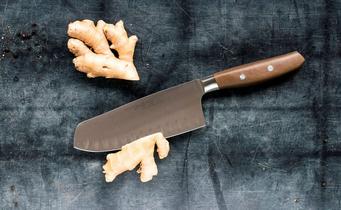 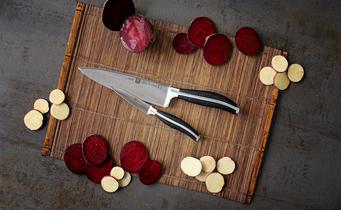 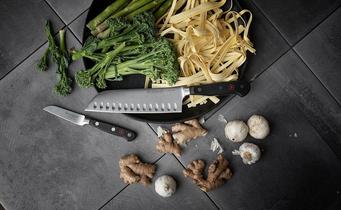 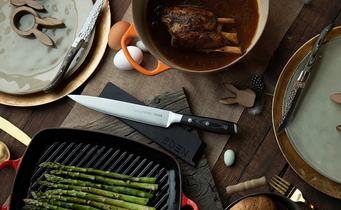 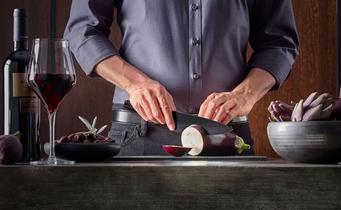 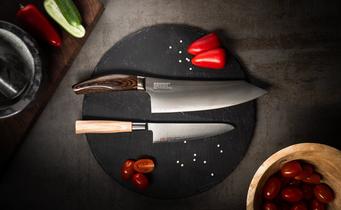 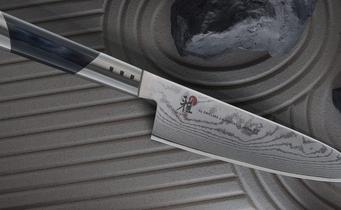 What is the best chefs knife? 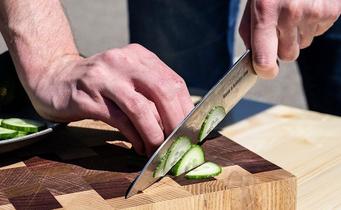 Five tips to safely and efficiently use a chef’s knife